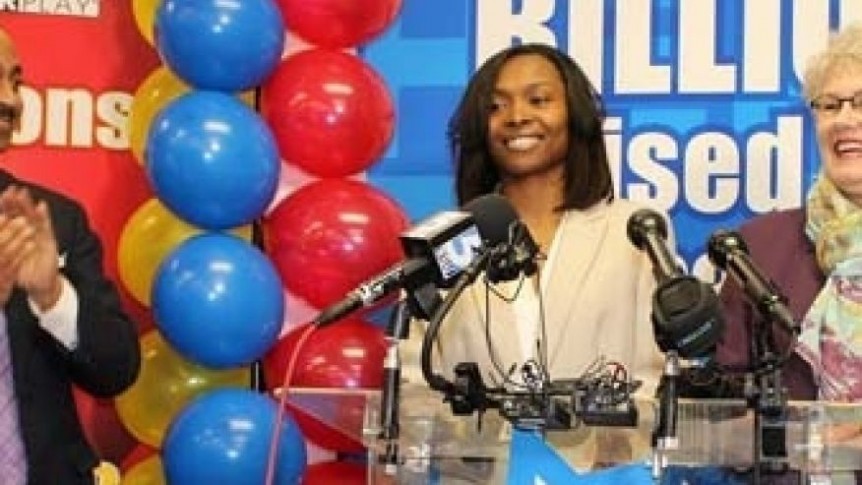 While America is dealing with a bad case of “lotto fever,” a North Carolina woman appears to be modeling “trafficked” behavior even though she won one of the largest lottery jackpots in America last year.

27-year-old Marie Holmes made headlines when the single mom of four won $188 million in a lottery drawing last February. But since that time, she has spent over $21 million on one item in particular – bail money for Lamrr McDow (a career criminal who also happens to be the “baby daddy” of her youngest child).

Rather than hire an attorney, sue for full custody and leave him in jail, she let him move into her palatial new home – and has bailed him out of jail 3 times. All three times, he has violated parole and been re-arrested . . . and with each subsequent arrest, his bail has doubled.