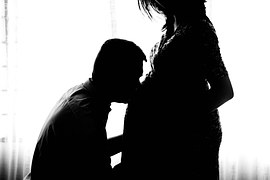 A proposed Canadian law would recognize the humanity of preborn children – and could also serve as a blueprint for a national law here in the US.

Cassandra Kaake was 7 months pregnant with her daughter, Mollie, when she was murdered. Mollie’s father, Jeff Durham, identifies as pro-abortion . . . but he was furious when Canadian officials did not charge the alleged killer with two counts of murder.

He is using the case of Justice (the dog who was bound with electrical tape around his mouth and legs and left to die) as motivation for a new law that, as he puts it, would give preborn children the same protections and dignities as animals like Justice.