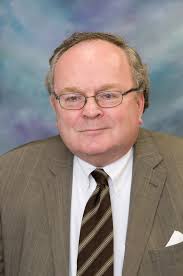 It’s the season to display Nativity scenes of statues of Joseph, Mary and Baby Jesus in a stable. As a response there have been crabby atheists who want such Nativity scenes removed from public forums of cities. Santa Monica has dealt with issues such as these. Groups such as the Thomas More Society do not back down from standing for the exercise of free speech and true religious freedom. Tom Brejcha who is the president and chief council of the Thomas More Society talks to Roger about the legal battles on public Nativity scenes.