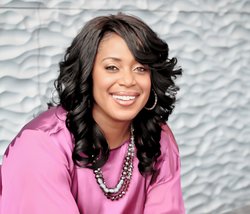 The wife of a former NFL star is sharing her painful story of abuse and ultimate redemption during National Domestic Violence Awareness Month.

Dorothy Newton is the former wife of Dallas Cowboys star lineman Nate Newton. She tells her powerful story of the journey from hurt to healing in a new book called, “Silent Cry: The True Story of Abuse and Betrayal of an NFL Wife”