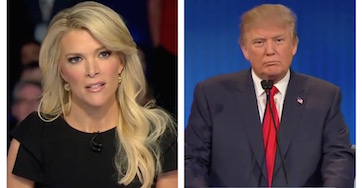 The first debate among Republican Presidential candidates was the most-watched cable news program EVER (and third-highest ranked cable program in history).

More than 24 million Americans tuned in to watch the debate which led to a surprising reshuffling of the deck regards to the most popular GOP candidates – ALL of whom are Pro Life (though Mr. Trump has been known to side with political expedience from time to time!)