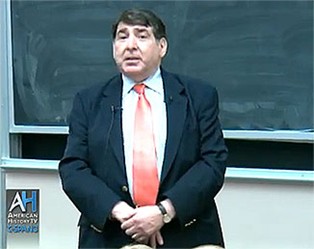 The 1950’s were a period of a great spiritual renaissance in the United States – but did our President and Vice President play a role in that growth?

Dr. Irwin Gellman looks at the role between “Ike” and “Tricky Dick” in a brand new book called, “The President and the Apprentice: Eisenhower and Nixon 1952-1961”