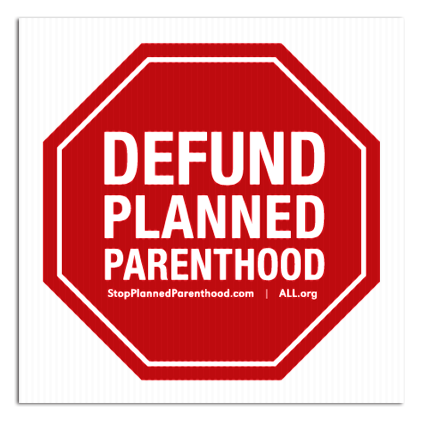 On Monday, for the first time in history a bipartisan majority of U.S. Senators voted to defund Planned Parenthood. Unfortunately the margin of victory, 53 to 46, is not enough to guarantee keeping the measure veto-proof; also those voting in favor lacked the 60 votes necessary to prevent opponents from filibustering the bill from a full vote for passage.
51 Republicans voted in favor of the bill along with 2 Democrats. One GOP member voted against it (Mark Kirk – IL) while Presidential hopeful Lindsey Graham (a Pro-Life Republican) was not present for the vote. Senate majority leader Mitch McConnell voted no as a parliamentary procedure, insuring the measure could be brought up for another vote again soon.
So, for all intents and purposes, the Senate stands at 55 in favor of defunding Planned Parenthood and 45 against. Will you take a moment and contact the office of Republican Senator Mark Kirk and urge him to reconsider his opposition to this crucial measure?