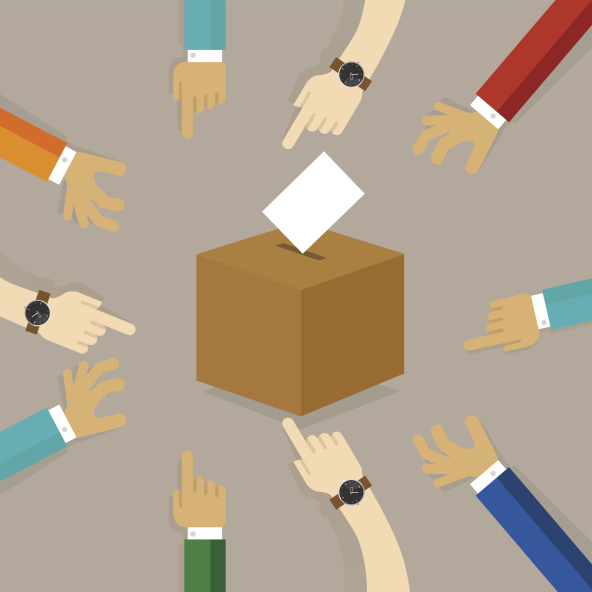 “Roger’s Recommendations” for the 2018 Mid-Term Election

What follows are my recommendations the key election issues of the day, focusing primarily on the races in which votes can actually have some kind of impact. First up, the state propositions; next, the race for Governor. Finally, a look at key races for seats in the House of Representatives, the California State Senate and Assembly. Then, at the end of my recommendations, I’ll provide a link to a couple of places you can turn for a fairly thorough analysis of key state initiatives and races county by county here in California.

Proposition 1 is the first of four initiatives on the ballot related to housing issues. While the California economy is thriving overall, the demand for low-income housing is rising. At present there are nearly 2.2 million households in the state competing for just over 600,000 available units. Prop 1 would address the issue of affordable housing for veterans – but will do so in a way that further burdens California taxpayers with even more debt in the form of interest and eventual repayment of state-issued bonds. This $4 billion offering will wind up costing you and me just under $6 billion to repay it ($170 million per year).

Critics would argue that this increase works out to around $4 extra per resident per year – and I’m all in favor of helping our veterans in as many ways as possible. But the measure includes precious few guarantees that the additional funding will actually make a dent on the housing shortage. Our state doesn’t need another $4 billion added to its already-growing debt load.

I recommend a NO vote on Proposition 1.

Proposition 2: The “Use Millionaire’s Tax Revenue for Homelessness Prevention Housing” Bonds Measure This measure has one of the more convoluted titles – but the reason actually makes sense. California issues two kinds of bonds: general-issue bonds and revenue bonds. General-issue bonds can only be issued after we, the people, vote to enact their issuance. Revenue bonds can be issued without requiring a vote. Proposition 2 is actually classified as a revenue bond – so why is it on the ballot for we, the people, to vote on?

Proposition 2 doesn’t ask taxpayers to fund a new bond initiative; it simply requests that bonds which have already been authorized to be issued. The “funding” for this bill will ostensibly come from taxes authorized by the “Millionaire’s Tax” (aka Proposition 63 from 2004). That money (1% tax on income of over $1 million) currently goes into a state mental health fund. Prop 2 would use that money to pay for a $2 billion bond issue, taking $140 million from the state’s mental health budget each year – supposedly to create new housing and health benefits for the homeless but doing so at the expense of the state’s mental health budget. Not surprisingly, I recommend a “NO” vote on Proposition 2.

Proposition 3 sounds too good to be true – and that’s because it is. Though it promises to provide new infrastructure, surface water storage and more, Prop 3 is actually the country cousin of Proposition 1 which passed in 2014 – authorizing nearly $8 billion in general-obligation bonds and was billed as “the solution to the drought.” Well . . . what actually solved the drought was record rainfall the following year. But now that nearly 86% of the Prop 1 bond money has already been spent – and hasn’t begun to address the issue – lawmakers are back with their hands out, looking for more money. Don’t take the bait. I recommend a “NO” vote on Proposition 3.

After passing a $750 million bond issue and 2004 and another $900 million bond issue in 2008, Children’s Hospital operators are back again, trying to get you to pony up $1.5 billion for them to use in conjunction with California Children’s Services. 8 children’s hospitals statewide will receive the lion’s share of the funding ($1 billion) while 5 University of California hospitals will take up another 18% of the fees – which means that 90% of the money will go to 13 hospitals.

While I am certainly all in favor of making hospital care affordable for children and families, private non-profit hospitals have fundraising capabilities that do NOT involve raising our taxes. That’s why I recommend a “NO” vote on Proposition 4.

Fast-forward to 2018: Prop 5 is on the ballot offering seniors and those with severe disabilities the opportunity to experience a second tax renaissance. For example – a senior sells his $400,000 home and purchases a new home for $500,000. Under the current tax law, his property tax base would be $500,000. BUT, should Prop 5 pass, the new tax base would be . . . $400,000 plus the standard 2% increase – a savings of several thousand dollars in property taxes.

Many conservative groups hail this new initiative while unions like the California Teachers Association are passionately against it. The passage of Prop 5 would allow more senior homeowners to “move up,” thus providing younger, first-time buyers more opportunities to get into the real estate market (a move that is good for every segment of the economy). That’s why I recommend a “YES” vote on Proposition 5.

The so-called “Gas Tax” has been wildly unpopular and extremely expensive for taxpayers statewide. Prop 6 was born of a grassroots movement of California voters who are tired of lawmakers imposing unnecessary taxes at will – especially those that promise what they are not bound to deliver.

Senate Bill 1(the “Gas Tax”) imposed a 12% tax on gasoline, a 20% tax on diesel as well as a 4 cents per gallon sales tax on diesel as well. Legislators anticipate generating $5 billion in year in new tax revenue. In June of 2018, voters passed Proposition 69 which requires that each dollar collected from SB1 be used exclusively for road maintenance, construction and repair. But Prop 6 takes this action a step further in eliminating the tax altogether. The state has plenty of revenue to fix our highways and bi-ways. Passing Proposition 6 forces this to happen. That’s why I recommend a “YES” vote on Proposition 6.

Proposition 7 seems like a relatively simply plan. If we, the people, so choose, we’ll allow our legislature to eliminate the bi-annual time change, staying with what is now known as Daylight Savings Time all year round in California. At present, only two states (Arizona and Hawaii) stay in the same time zone all year – along with a few U.S. territories. In March of this year, Florida passed similar legislation.

There are many advantages to staying on year-round daylight savings time . . . and a few disadvantages as well. Advantages include 1) increased safety (robberies typically occur between 5 and 8PM – DST means more daylight and less crime); 2) improved economy (golfing industry increases in sales by $200 million; barbeque industry increases by $150 million and nearly $60 million is saved by decrease in crime): and 3) more active lifestyle (for 3% of the population).

Disadvantages include 1) the time change is bad for your health (the risk of heart attack on the Monday and Tuesday after the Spring time change goes up 10%); 2) decreased productivity (due to a phenomenon called “Sleepy Monday” for the Monday after the Spring time change); and 3) DST is expensive (businesses lose nearly $2 billion each year in productivity based on the 10 minutes or so it takes us to set our clocks forward or back. The Air Transport Association also reports that the airline industry loses nearly $150 million each year in what they refer to as “time change schedule confusion.”)

Many conservative commentators are calling to squash Prop 7 because of safety issues. But I, for one, would rather see our state stay in one time zone all year round with no changes. It will take compliance from the federal government to make this happen anyway – so this won’t be implemented overnight. Nonetheless I recommend a “YES” vote on Proposition 7.

Prop 8 attempts to resolve an issue which has been brewing for the past couple of years between the clinics that provide patients with dialysis treatment and the Service Employees International Union (SEIU) who has been trying unsuccessfully to unionize employees at these clinics in recent years. Clinics will typically overbill insurance companies with the knowledge that those charges will eventually be marked down before final payment is made. But the SEIU maintains that the clinics are actually marking up costs by as much as 350% – and they should be sharing some of that revenue with their workers.

If, in fact, the clinics actually WERE taking in that much money, the union would have a point. However, since such is not typically the case, this seems like an end-around to get more dues-paying members into the SEIU – and at the expense of those needing life-extending dialysis treatments. If this measure passes, there’s a very real possibility that many clinics would wind up shutting down or reducing their services due to a severe decline in revenue. As a result, many dialysis patients would find themselves in emergency rooms seeking treatment – and at taxpayer expense, no less.

It may seem a bit suspicious that the clinics have ponied up nearly $75 million to defeat this measure – but from where I sit this is money well-spent. I recommend a “NO” vote on Proposition 8.

Proposition 9: (This WOULD have been the measure to allow California voters the opportunity to decide whether or not the Golden State should be divided up into three different states. Petitions were distributed, signatures gathered, and the measure qualified for the 2018 ballot. Unfortunately, the California State Supreme Court decided that we the people SHOULD NOT be allowed to vote on this bill. As a result, Prop 9 is no longer on the ballot. For what it’s worth – I would have recommended a “No” vote on Proposition 9.)

In theory, Prop 10 sounds like a good idea by handing the issue of rent controls (or lack thereof) back to local governments. But a further review of this measure reveals something of a “Trojan horse.” Passing Prop 10 would allow for the creation of more than 500 new government agencies designed to implement local rent controls. Many of these agencies would wind up discouraging builders and landlords from creating affordable housing simply because the fees THEY would be paying to these new government agencies would be so exorbitant.

While it’s true we do have a housing crisis in California, this measure does very little to help improve the situation. So, let’s leave well enough alone for now. I recommend a “No” vote on Proposition 10.

Now, as you read through the three issues that Prop 11 addresses, you may have been wondering why all three of them were NOT on the books already. The answer is found in a December 2016 decision by the California State Supreme Court (Augustus vs ABM Security Services) where the Court ruled that employer-required on-call rest breaks violated state labor law. (Check Ballotpedia for a full description of the Court’s full decision.) Suffice it to say that Prop 11 affords us the opportunity to correct these errors. I recommend a “Yes” vote on Proposition 11.

This is yet another cleverly-worded initiative that promises far more than it can deliver. They key problem with this measure is that the bill only addresses the size of the area where the animals are raised for harvest. It does nothing to address the conditions they’re kept in or treatment they receive. Forcing companies to use more square feet per animal will only drive prices up which is bad for consumers – with no guarantee that the animals will receive better treatment.

So . . . farmers would see shortages of supply based on limited number of square feet with which to farm. Consumers would see higher prices as a result. And the animals wouldn’t necessarily be treated any better. This kind of activism only winds up hurting all involved. That’s why I recommend a “No” vote on Proposition 12.