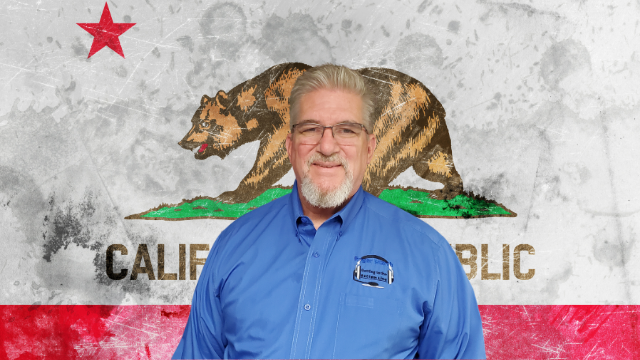 What follows are my recommendations the key election issues of the day, focusing primarily on the races in which votes can actually have some kind of impact. Here in California, that means looking at the positions that affect each citizen statewide (eg Governor, Attorney General, etc). I’ll also look at a couple of other key races in particular counties – especially in areas where redistricting may have moved your candidate or district boundary elsewhere.

“Voting Biblical Values” has never been more important here in the People’s Republic of California – and the Church can and MUST play a role in deciding the outcome through prayer, getting informed and then taking action.

Toward that end, here are the 4 National Issues I’m encouraging you as a Bottom Line listener to keep in mind as you prepare to vote locally:

Locally, conservative California voters are faced with a few options for moving the needle regarding local government – but multiple opportunities to let our voices be heard with regard to those elected to lead our once-great state. THIS is where KBRT, KCBC and Bottom Line listeners CAN make a difference:

The only true accomplishment of incumbent Gavin Newsom was that his lack of true leadership earned him a recall vote last September. There are a slew of Republicans (and a few Democrats) seeking to unseat him this November but I recommend a vote for BRIAN DAHLE for GOVERNOR.

A largely ceremonial role here in the People’s Republic, this position could carry tremendous weight if the right candidate is selected. I recommend a vote for ANGELA UNDERWOOD JACOBS for LIEUTENANT GOVERNOR.

To insure that every vote counts – and that elections are fair and NOT controlled by the courts or corrupt politicians – I recommend a vote for RACHEL HAMM for SECRETARY OF STATE.

There’s only one candidate out of the four on the ballot whom I believe is fiscally conservative and responsible to fulfill this role – which is why I recommend a vote for LAHNEE CHEN for STATE CONTROLLER.

There are two well-qualified candidates on the ballot for this position – but of those two I recommend a vote for JACK GUERRERO for STATE TREASURER.

The Chief law enforcement officer in the state, the holder of this position insures that due process and justice are served. Previous holders of this office (specifically the current Vice President of the United States) have badly misused their power and sought to have a negative influence on biblical values on this position – but there is a solid, Constitutionally-driven option for Conservative voters. That’s why I recommend a vote for ERIC EARLY for STATE ATTORNEY GENERAL.

This role often leads to more state and/or national prominence so it’s crucial we choose wisely. Though there are two solid options for Conservative voters in this race, I recommend a vote for GREG CONLON for CALIFORNIA INSURANCE COMMISSIONER.

California’s Department of Education is in crisis so the next Superintendent of Public Instruction has a difficult task ahead. That’s why I recommend a vote for JIM GIBSON for SUPERINTENDENT OF PUBLIC INSTRUCTION (SCHOOLS SUPERINTENDENT).

In 2016, current Vice President of the United States Kamala Harris was elected to serve as the Junior Senator from California. Though her first term was scheduled to end once the new Senate is sworn in in January 2023, she resigned her seat in January 2021 to become the 49th Vice President. Alex Padilla was then appointed by Governor Gavin Newsom to fulfill the remaining days of the Senator’s term.

In the 2022 midterm elections, California voters have the unique opportunity to elect a candidate who will fulfill the final two months of Ms Harris’ term – and then to elect the candidate who will fulfill the next 6-year term beginning in January 2023. Mr. Padilla is certainly the front-runner to not only be voted in for the full term in January, but also to be elected to serve the final 2 months of the current term (Election Day in November 2022 through Inauguration Day in January 2023). In California’s Top 2 system, the primaries afford one of several candidates the opportunity to run against Mr. Padilla in November. So, in essence, these are two separate votes for essentially the same position (as Diane Feinstein’s seat won’t come available until November 2024). That’s why I recommend a vote for DR CORDIE WILLIAMS for the FULL TERM and businessman JONATHAN ELIST for the PARTIAL TERM.

iVoterGuide (a ministry of the American Family Association)