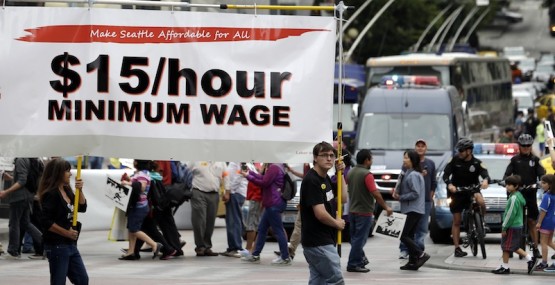 As New York City mulls raising the minimum wage to $15/hour, Seattle minimum wage workers send an ominous message to those workers now clamoring for a higher minimum wage: be careful what you wish for!

In Seattle, a growing number of workers are in danger of losing government aid because . . . they make too much due to the increase in minimum wage. So . . . they’re asking their employers to CUT their hours so they won’t lose their welfare.